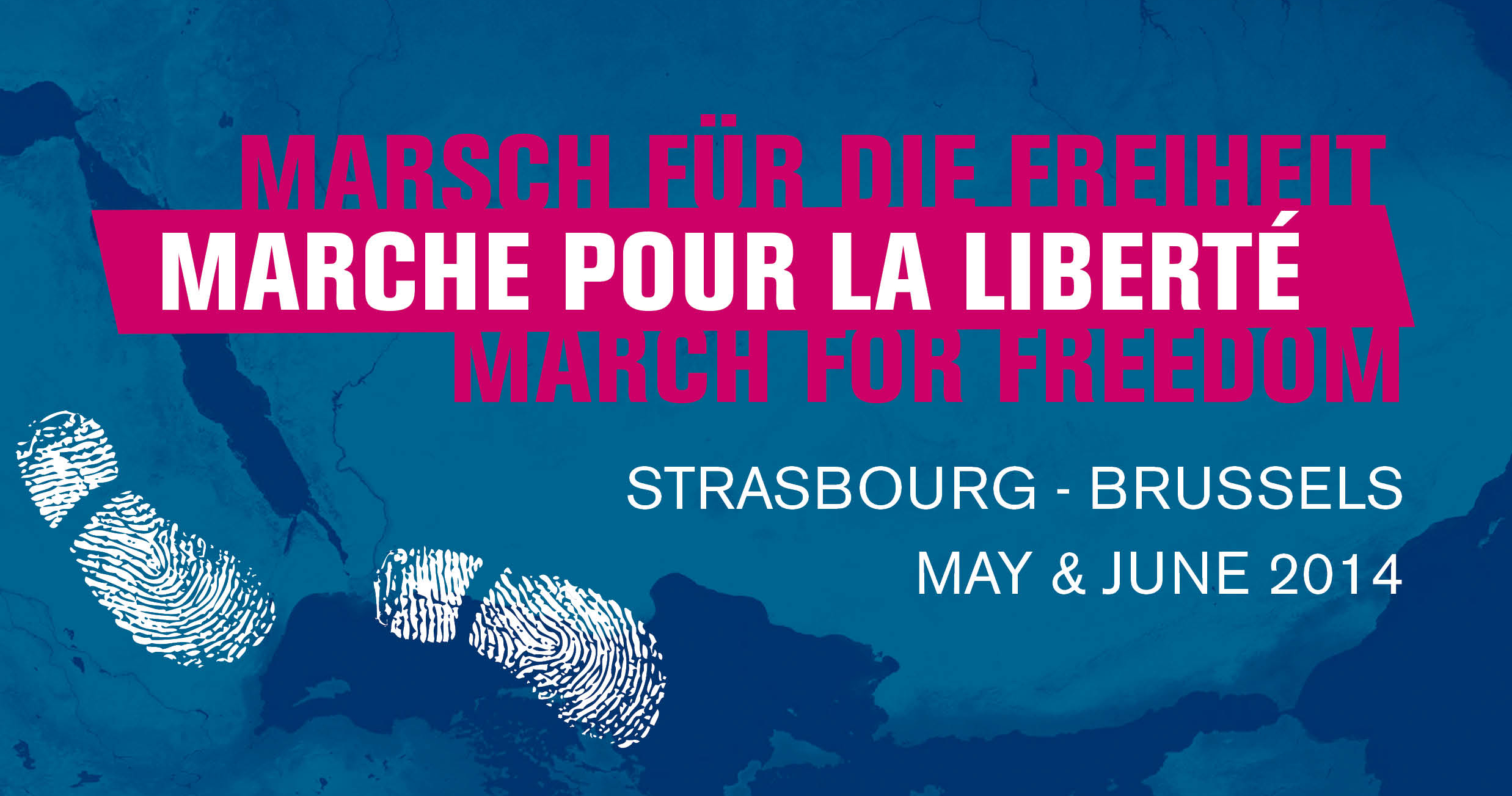 Solidarity beyond borders: From the May of solidarity to the march for freedom, towards new transnational struggles

Between 15th and 25th of May decentralized actions will take place against the programs of austerity and privatizations, against exploitation and precarization. 17th of May will see simultanous mobilisations in many european cities in the perspective of a transnational movement for democracy, solidarity and commons beyond borders. One day later, at 18th of May, the march for freedom will start in Strassbourg. This protest against the EU-borderregime is initiated by an alliance of migrants and refugee groups from various european countries. After more than 450 km across the borders of several European countries the march will reach Brussels on 20th of June. There, a week of actions will follow against the EU migration summit under the slogans of equality, dignity and social justice. The Brussels program includes a main demonstration on 26th of June and an alternative summit about the future of the migrationrelated struggles on 27th of June.

While borders continue to provoke catastrophes and deaths at the frontier, the border regime and the differentiation of the European space targets migrants and non migrants fostering institutional racism, hierarchies and divisions, and acts as a policy functional to their exploitation. The multiplication of borders inside and outside Europe is functional to austerity and privatization programs, making of Europe a non homogeneous space. Different paths of mobility are imposed by the crisis and the precarisation of labour and life, yet mobility challenges borders and destabilize capital logic inside and outside Europe.

The crisis challenges movements to build connections, communication and common threads of action beyond the existing agendas. Migrants, non migrants, refugees and precarious workers are actively struggling day by day: for their livelihood, for their rights, on the working places. We think, it is impossible to gain the power we need without valorizing mobility and migration struggles as a powerful weapon to disrupt capital logics.

Different planned actions during the May of solidarity and beyond will follow a common thread against the border regime and the different regimes of exploitation inside and outside Europe. Some of them will involve various cities in a coordinated way. These planned actions show the political possibility to act transnationally across borders following common threads.

Borders divide us, borders weaken us, we cross the borders.

Go to the Blockupy International webpage!